Last night, I was checking my options of the ferries from Kyushu to Shikoku. All options led to the same conclusion: I needed to skip breakfast for it was only served at 8 a.m. The best connection was the ferry at 9:45 in Beppu. It was a 1:20 min ride to the harbour. And I still needed to buy tickets. At 7 a.m., I packed the bike and paid my bill. I explained the problem and was offered an early breakfast at 7:30. Hmmmm, ok. I ate very quickly, but I still needed 15 minutes for it. But at least I could still make it to get t the ferry.

It was a lovely morning again, I rode through the mountainous landscape, passing rice fields and forests. There was little traffic and I made good progress.

At 9 a.m., I reached the coast and Beppu came in sight. I entered the town, but there was no sign to the ferry. I decided to follow the sign to the port. Here, there was also a total lack of information, at least in latin letters. I used Google Maps on my phone and found the right ship. I entered the terminal and had a ticket  in 15 minutes. The bike’s front wheel was fixed with a clamp, I haven’t seen this on a ship before. I went to the passenger lobby and had a relaxing crossing, watching the great scenery, checking internet, reserving a ryokan for the night, drinking, eating. I discovered a massage chair and cleverly invested some 200 Yen (1.5 Euro) for a 15 min massage. Brilliantly invested money.

I introduced the accommodation in the sat nav and followed it almost blindly. 12:30 and only 200 km to go. The next hours were very scenic, they reminded me very much of the Southern Alps, like the Trentino, for example. These are the XBR’s favourite roads, from normal mountain roads to very winding single tracks in the forests. It was very slow at times, but these were the roads why I had come to the island of Shikoku. A perfect afternoon. Roads were perfect. 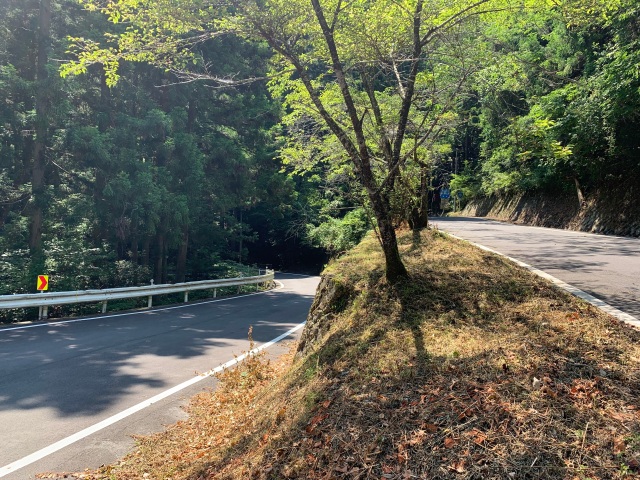 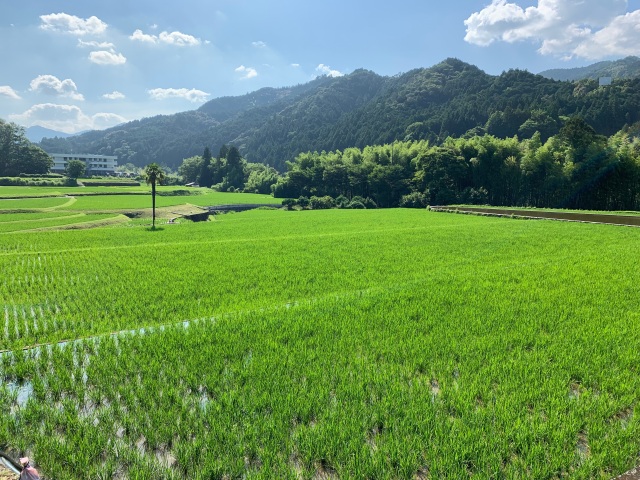 I made a rest break and forced me to sit down and drink something. Ryokans expect their guests to arrive early, but there was plenty of time left. I changed the route and did an extra detour through the Oboke and Koboke Canyon in order to enter the Iya Canyon from the north. A fantastic ride, like back home in the Alps. Though the mountains are different, more lush and green.

Manneken Pis’ Japanese cousin. He has a much better view.

I arrived in Nishiiyayamamura Kanjo at a quarter past five, in a small valley between high mountains. The check-in went quick and soon I put on my Yukata and walked to the bath. This one had a bubble bath and a very nice little outdoor pool with mountain views. As nobody was around, I took some pictures. 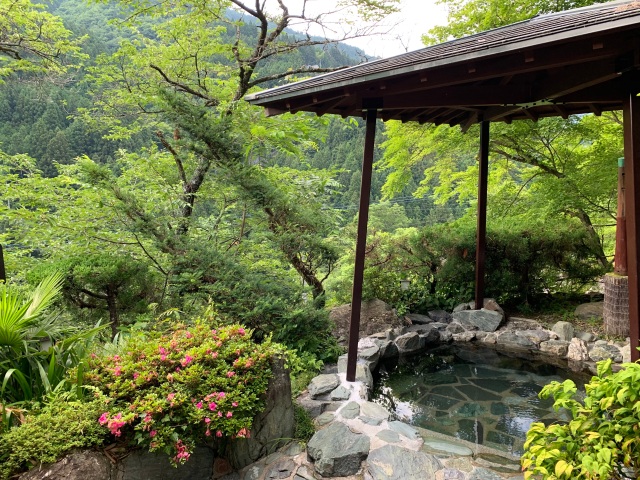 At 7 p.m., dinner was served in a small compartment. The Sukiyaki soup was excellent. Well, everything was very good (again). And having in mind that dinner was relatively cheap in this place. 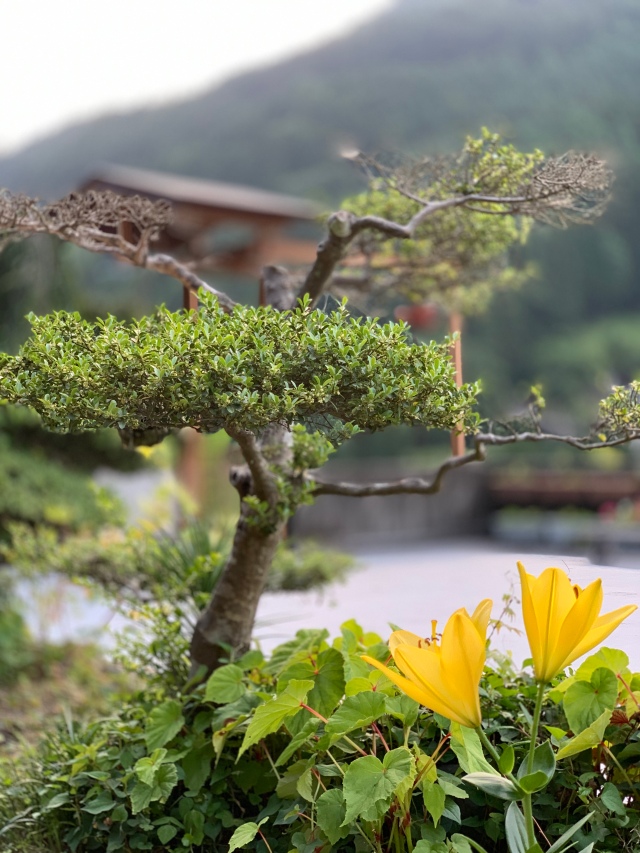 In my room, I needed to come up with a plan. Tomorrow would be the last day without rain. Forecast predicts rain for a week now. I even checked the options taking a long-distance ferry to Hokkaido because there, less rain is expected. But it will rain as well, only much colder. So I decided to ride to the Japanese Alps, I found a nice ryokan there and would have booked for three nights, however only two were available. Well, unless you take the royal suite and pay five times the price. With two nights, I can make some excursion in the next morning, hoping that the rain will only pour down in the afternoon. Then I could enjoy the onsen in the ryokan. After that, we’ll see from there. Maybe some city visit. Tokyo, Osaka, anything is possible.