This morning I got up early and had the bike ready to go when I went to the breakfast at 7 a.m.

The good selection reconciled me a bit with the dinner experience yesterday. I sat on the terrace and started to sweat already – 25 degrees and high humidity by the shore.

I only had half an hour for I needed to leave for my appointment: after a 20 min ride, I stopped at the BMW dealer in Upplands Väsby, where I had agreed a tyre change for my bike. They had a separate waiting area with a airco device – very much appreciated! I chatted with another customer, asked for advice on regional speeding enforcement habits and studied the current selection of Ducati bikes on sale (it’s also a Duc dealer). Very nice bikes, but the crucial question is: would you take an Italian bike and immediately set off for a round-the-world trip? See?

Is my bike treated well?

At 10 a.m. the bike was ready and by wallet was (virtually) a lot lighter. 30 degrees now. But I still had to fill up and what now followed was the most bizarre petrol station workflow ever.

The pump wouldn’t work so I asked inside if I had to do a prepayment. The answer was yes. So I grabbed a bottle of refreshment. However, I had to pay it separate. In cash. Then I had to provide a payment card AND my identity card. These stayed inside while I filled up the bike. Then I was returned the card and the ID and I could make the payment. Very strange.

I entered the E4 again and went north. Little to report there. Occasionally, I passed little lakes with falun red houses, but there was never a possibility to take a shot. That was pretty much the sightseeing of today. I hoped for fresher air, but the temperature climbed up to 32 degrees. While moving, this was bearable, with all openings open at the max. 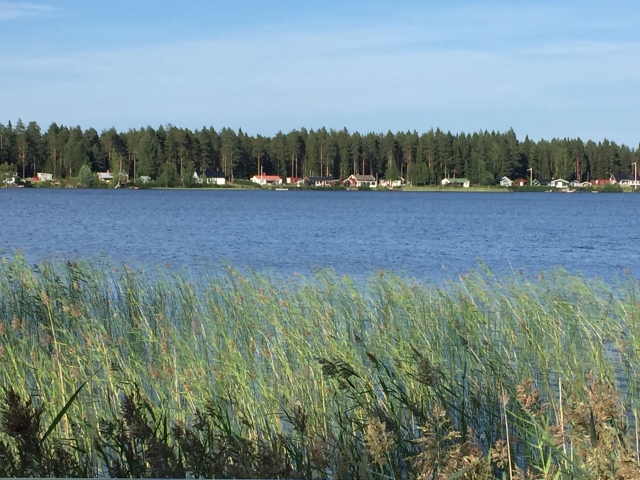 Well, I did ONE shot. That’s the result. ….don’t complain.

I stopped in Sundsvall after three hours to fill up again and decided to visit the next-door Pizza Hut. With airco. All you can eat including drinks for only 10 Euros, that’s quite a bargain for Sweden. Don’t expect a pizza a la napolitana though. But fair enough.

I continued my ride, and slowly the temperatures went down a bit. Another three hours later, I had to put petrol again. I had texted a mate from the floorball team in Belgium to meet in Luleå as he was on home leave in the area. However, he told me he had just started to drink Belgian trappist beer and was waiting to meet Thor with his hammer. So this was a non-starter, LOL.

When I arrived in Luleå at 8 p.m., I had barely escaped a thunderstorm on the way. 25 degrees and humidity. Tropical feeling. I had a shower in my windowless room and had a very good dinner in the rooftop restaurant, overlooking the Luleå bay. Enjoying the sunset. 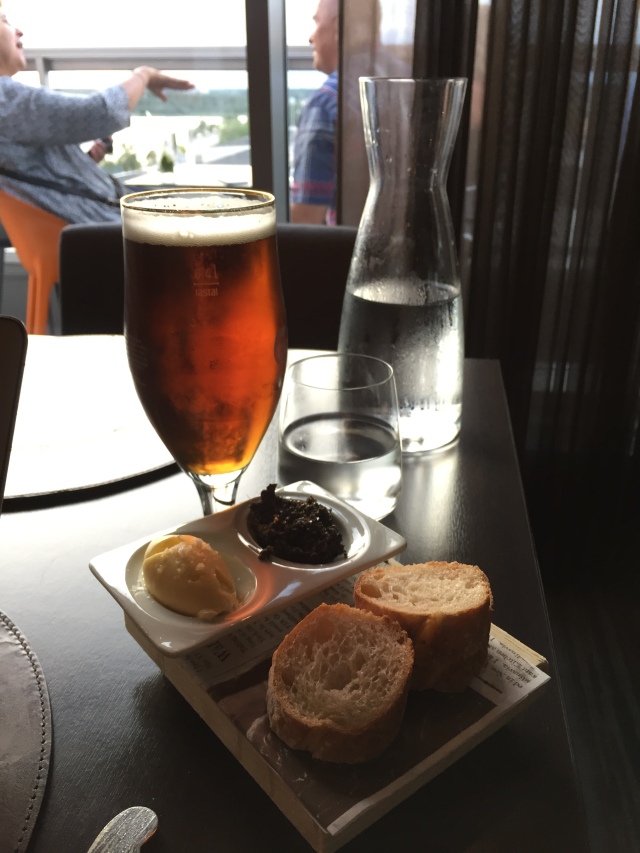 Road kill of the day. This winter, Santa will have extra work to do, as his furry, but very tasty companion went missing….

Tomorrow is the last stretch to Kirkenes. I expect a drastic weather change. 15 degrees cooler and occasional rain. The rest of Europe is drenched in sweat.