I went with the new tyres on my first trip with the Pan: an IBA Germany Ride to Eat to the Black Forest. Within a wink of an eye I passed Karlsruhe – wow, what a comfy, but quick ride! OK, there are small optimizations to make – an even higher and wider windshield and some risers to bring the handlebars more to the back…I was early so I enjoyed some of the nice roads in the Black Forest – and got acquainted to the new BT023 and I liked it a lot! Gives a good feedback and provides enough grip. I arrived to Triberg well in advance and rode to the world’s largest cuckoo clock. There was another only. After a while, we wondered if we were at the right place – there should be 40 riders and nobody was around…I checked my GPS and realised that we were waiting at the “1st world’s largest cuckoo clock” and not at the “world’s largest cuckoo clock”. We rushed to the right place – just in time to be in the picture:

We visited the interior of the large clock and left individually for our accommodation in nearby Rottweil. We spent the evening chatting in Pizzeria – a nice finish for the event. The next day I headed back north. Rushing on the Autobahn with 180 to 200 km/h is quite comfortable and the top speed of 220 km/h can be considered as sufficient. On my way home, I passed by the INTERMOT in Cologne, the largest motorbike exposition in Germany. It was a quick visit, but very interesting. The booths of the large bike producers, useful gadgets, spare and tuning parts and and and….top news were the new BMW R1200RS, The KTM Adventure 1290 and the Kawasaki H2 motor concept: turbo power is back! 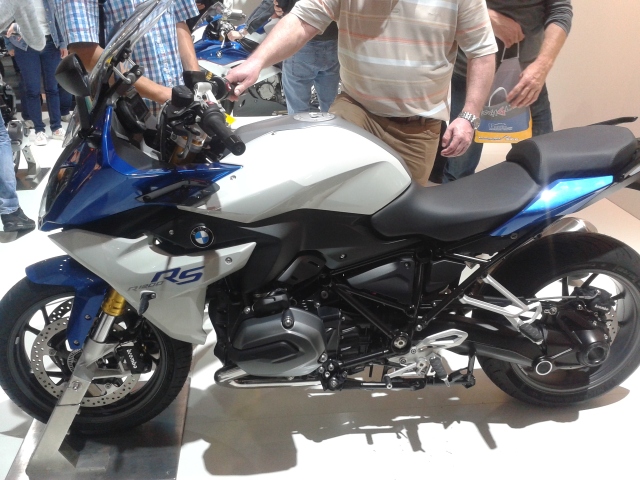 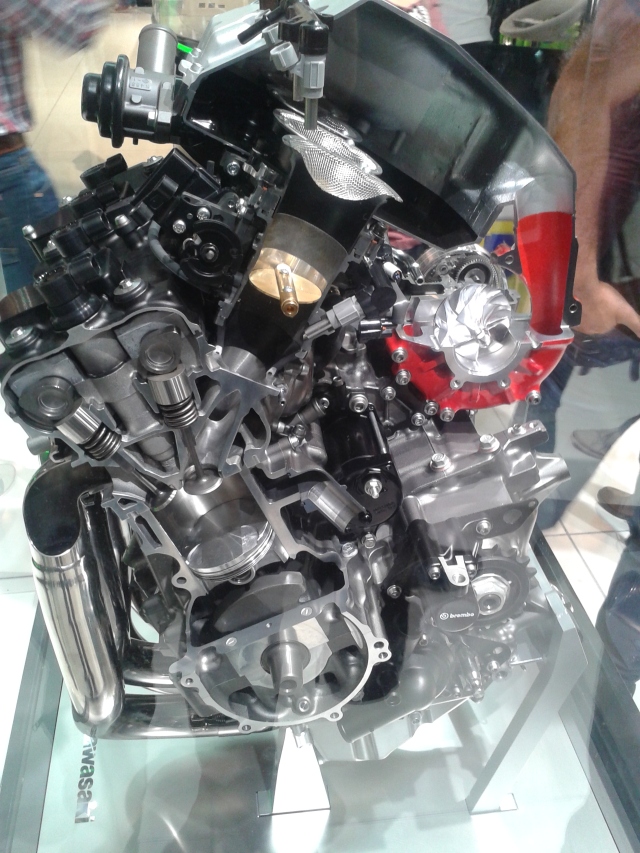 Back home I had received some parcels. Spare parts and something special…When I was talking to Heinz about installing an auxiliary tank, he had a brilliant idea. 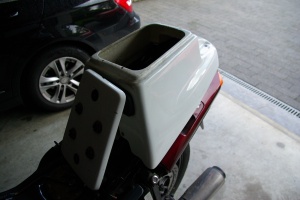 A police seat pod to cover a future auxiliary tank

What about turning the bike into a mono seater and install the tank in the pillion position? The Pan was used in many countries as a police bike and had a special seat cowl that housed the bike’s radio electrics. I had bought such a cowl in the UK and placed it on the bike for a try. 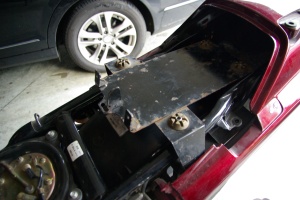 The mounting plate that should carry the aux tank…one day.

This will be a tricky project. I’ll have to build a cardboard model first, order a customized aluminium tank, connect it to the main tank and paint the pod. Challenging. But it would give me another 200 km range.

I installed also the original Honda mirror and fairing deflectors that will give me some more wind&weather protection. Nice. 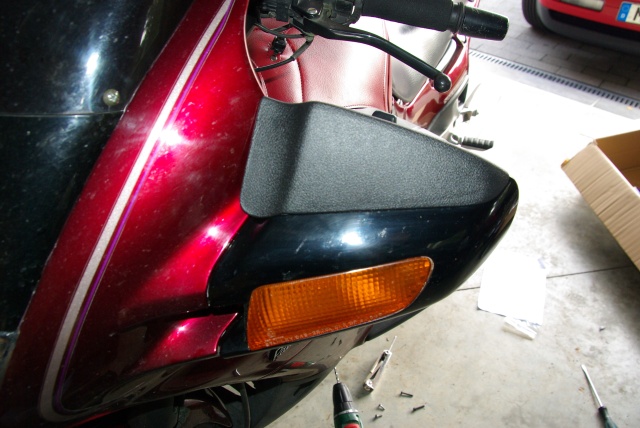 ← Maintenance, maintenance….
How to annoy a new customer →