I was nervous this morning. After breakfast and check-out, I had to ride 40 km to the harbour to drop-off the XBR. There was not enough petrol in the tank and I feared that the bike was losing much petrol with the fuel tap in reserve mode. When I was about to take off, it started to rain. I went back to the reception and took my rain suit out of my luggage that will stay here for two days. There was a petrol station and I decided to put five litres in the tank. This was way too much but I had clear priorities: number one – get to the warehouse. Whenever I stopped, the carb was overflowing, so I rode opening and closing the tap all the time. I could ride in normal tap position and it seemed that the carb lost less petrol. I rarely had to switch to reserve during this trip, so I rode mostly with a half-opened tap to avoid the overflowing. After 30 km, I realised that the carb was holding the juice again – I would arrive with too much Petrol. I had been instructed, to my bewilderment, to drain the fuel completely. DHL had suggested to drain the petrol at a station next to the warehouse. My request was received with astonishment  by the staff at the petrol station. I asked if they would have a jerry can for the petrol, they could keep it. Their comment was that this is illegal…

Well, I went to the warehouse, I could take care of it later. There was already a employee waiting for me. 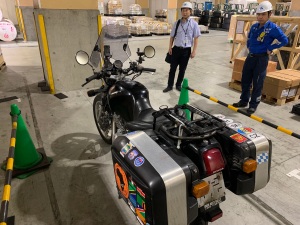 Good-bye to the XBR, you served me well!!!

I explained him the problem and his comment was that it had to be sent as a dangerous good. Well, that was exactly what I wanted to hear. He explained it to the DHL people on the phone. I had to park the bike in the warehouse , disconnect the battery and remove the number plate (?). I received a call from DHL that the vessel would have to be changed. Well, fine with me. Then I had to wait for the ‘customs number’ after the processing of my case in the system. The employee and I had a long talk, his English was very good as he had worked in Chicago. Finally the paper was ready and he accompanied me to customs, some 100 m away. There, my contact officer was already waiting. My passport and 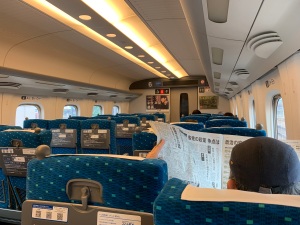 carnet de passage received the necessary stamps. In the meantime, another officer friendly asked me about my trip. Both officers showed me the way to the bus stop in front of the building and wished me a good trip. What a service and treatment! When I think of certain European custom officers….

I took the bus and 40 minutes later, I arrived at a metro station. I had to change the train once and then I was at the Nagoya central station. I bought a ticket for the high-speed Shinkansen train to Kyoto. The ride was very interesting. Everything is super organised and efficient. The acceleration and speed of the train through urban areas is impressive.

In no time I arrived in Kyoto and checked in my hotel near the station. It’s a small, not expensive, stylish and new hotel. Very chic. I decided to go for a walk. But first I needed some food. Some ramen in the station. I walked through the small streets of Kyoto, passed shrines, rivers and shops. 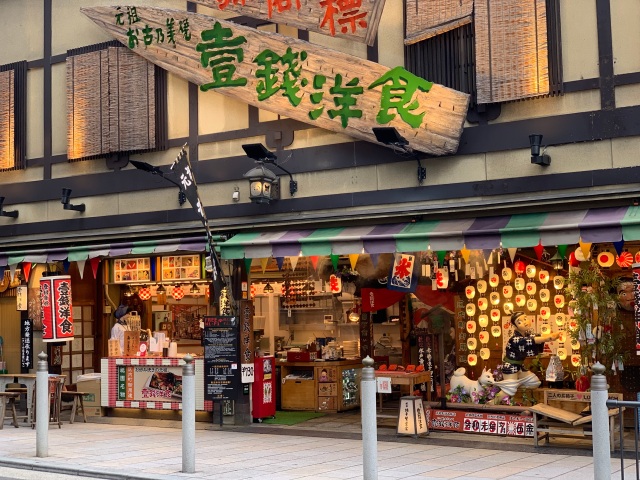 I even got as far at the hip quarter of Gion where the tourist density increased and where you can see women in Kimonos. I even spotted one Geisha (actually a maiko). Gion is the Japanese centre of the Geisha culture. A lively quarter with narrow alleys, shops, restaurants and traditional buildings.

It seems to work, despite the appearance. 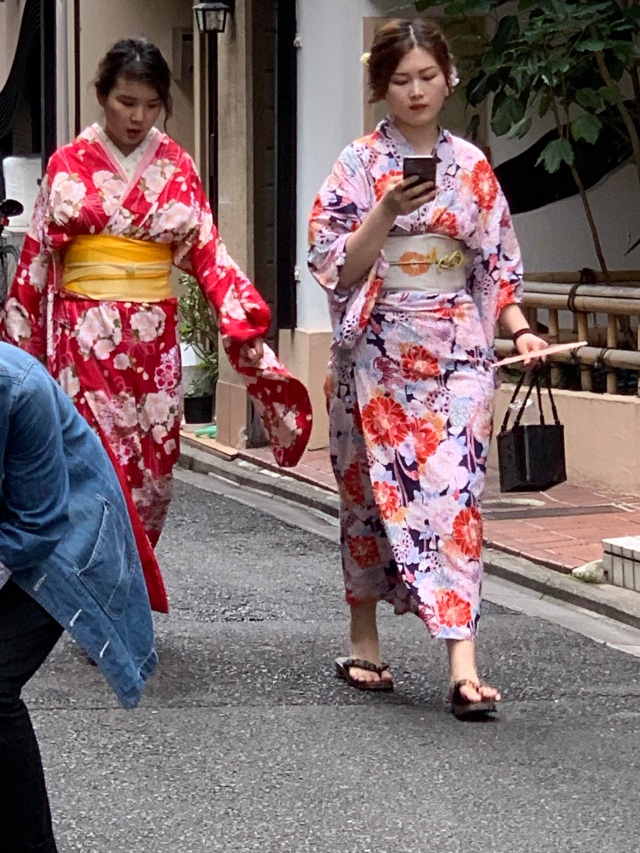 A bit of an open-air museum. When after three hours my feet told me that they had enough, I took the metro back to the central station. I needed desperately a shower. After some rest, I went for some dinner in a Yakitori bar, eating some weird skewers (I remember chicken skin and other funny body parts). 100% authentic. 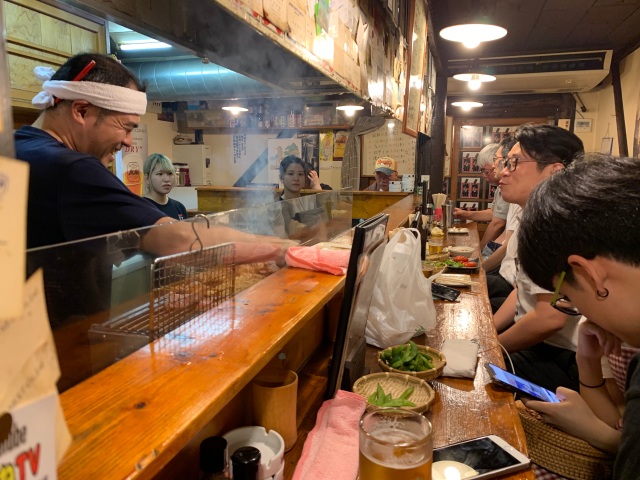 My room has a little kitchen and a washing machine so I could wash some clothes which means I will have clean gear for the flight back.